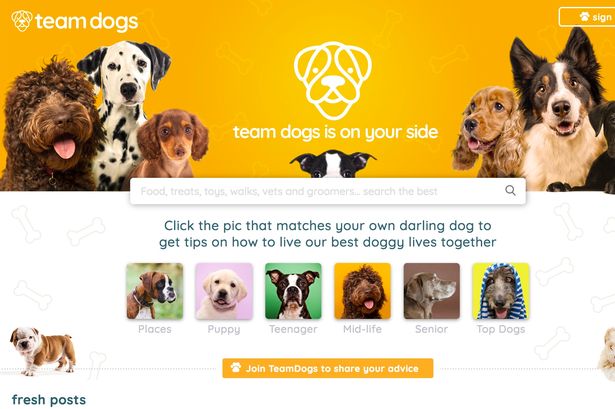 A young Warrington woman was able to turn her childhood hobby into her own business during lockdown.

Rachael Blunden, 25, used to sew as a child and when the first national lockdown was introduced last year, she picked up a needle and thread again for “something to do”, only for it to lead to the launch of her own business.

After realising many people had brought a dog into their homes during lockdown, Rachael decided to hand-make a range of accessories designed for people who may want to match with their pets.

Rachael, from Warrington, told the ECHO : “We started Oh Sew Beautiful in May 2020 – like many people in lockdown running out of things to do, I used to sew as a child so thought, ‘why not go back to it?’

“I noticed lots of people had been getting dogs so thought, ‘I wonder if they’ll be interested in matching accessories’ and it’s just gotten so much bigger than I ever imagined.”

Maybe when you get there, make sharing a picture of your dog in our Top Dogs feed your very brilliant first job.

Rachael designs and makes bandanas, bow-ties, hats and more. Her business took a positive turn over the festive period, where demand for dog gifts sky-rocketed.

She said: “At Christmas, we made ‘Santa Paws’ boxes with fluffy hats and treats which went really well and sold so quickly, so from then on, we decided to launch the business and do birthday boxes and ‘gotcha day boxes’ for people who want to celebrate their dog’s birthday, and for people who’ve adopted and don’t know when their dog’s birthday is but still want to celebrate.

“We have boxes in three different levels because I noticed online that loads of shops sell different things, where with us, it’s all in one place and there’s different ones to suit different budgets. If you feel like being extravagant then you can and if you’re on a budget, you can still celebrate.”

She added: “Everyone seems to be treasuring their pups that little bit more at the moment, and that coupled with the lockdown restrictions seems to result in a lot of people wanting any excuse for a party, which we love being a part of.”

Rachael hand-makes the items featured in the gift boxes and works collaboratively with other local businesses to introduce her customers to them.

She said: “I hope that we can continue to work with a lot of other small businesses, I think it’s so nice to champion people who aren’t from big corporate brands.

“In the future, we’ll hopefully branch out into other products – maybe ‘get well soon’ boxes and presents for dog owners that are dog themed but more aimed at the human.”

Rachael added: “We are really proud of our ‘Pawty’ collection, particularly as we have collaborated with another member of the Merseyside Etsy Team. Jenny from JG Illustrations worked with us to create cards, gift labels and wrapping paper which are all gorgeous and really bring both birthday and ‘gotcha day’ boxes together.”

Rachael’s fiance helps her with packaging and distribution. The couple share an 11-year-old mini Yorkie, Maple, who they adopted last year. Maple helped provide inspiration for the business.

She explained: “We wanted to find new ways to really make her feel special and celebrate all of her little quirks. Maple has also enjoyed doing a bit of modelling for the shop’s Instagram, although she does seem to prefer the treat-tasting parts of the job.”

And the boxes have proved a hit among shoppers.

Rachael said: “They’ve been selling quite fast – the middle box in particular – it has a bandana which can be personalised, a matching crown, balloons, a birthday card and little treats, that one has been selling so fast, especially on Instagram. People who run accounts for their dogs have been favouriting them ahead of their dog’s birthday.

“My favourite part of all of this is when you get sent a picture of a happy little dog.”

Rachael, who works as a medical writer for a medical communications company, is hoping that in the future, she’ll be able to split her workload between the business and her “normal job”.

Rachael’s friends and family, who are from Liverpool, have supported her new venture – though they were unsure at first.

She said: “When I first started doing it, people hadn’t really heard of people matching their interests with their dog’s accessories so they said, ‘oh it’s a lovely idea but don’t put all your eggs in one basket’ but now they’ve seen the reaction and they know the demand is there, the support has been lovely.

We tried four different foundations & there was a surprise loser

One Matalan shopper said: "I’m going to get this hoodie! It’s lovely" Liverpool Echo – What’s On …