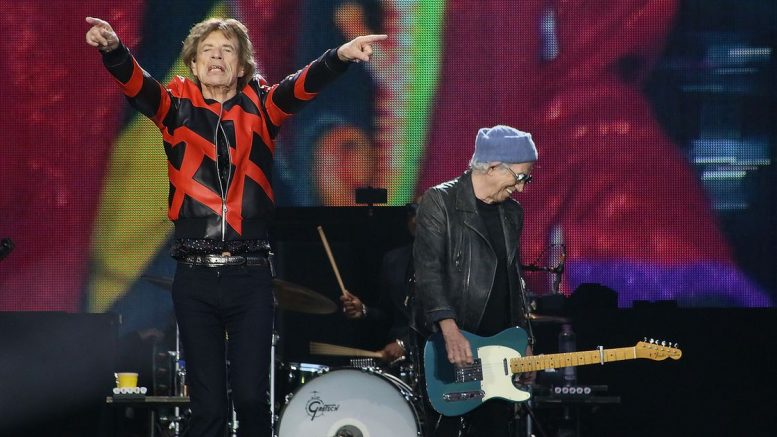 The second the opening chords of Street Fighting Man played at Anfield Stadium, I knew I was in for a night to remember.

The Rolling Stones’ hotly anticipated SIXTY tour is a celebration of their impressive 60 years in the music industry – and serves as a testament to the band’s enduring legacy. Original members Mick Jagger and Keith Richards were joined by long-standing member Ronnie Wood for the tour, which takes the icons to Munich, Milan, Amsterdam, London and more.

The concert began with an emotional tribute to Stones drummer, Charlie Watts, who died last August at the age of 80. He’d been a member of the iconic band since 1963. Steve Jordan has picked up the drumsticks on the SIXTY tour.

Mick Jagger told the enraptured crowd: “In 1962, we met a drummer called Charlie Watts and this is our first tour in England that we’ve done without him, so we’d like to dedicate this show to Charlie. Thank you.”

Like many people, I was incredibly excited to see The Rolling Stones perform – I even felt a little emotional when they first took to the stage. A lot of my music taste comes from my dad, who introduced me to the Stones when I was a child.

The first song I really remember falling in love with was Sympathy for the Devil – perhaps some clever minded soul can find a correlation between that and my Catholic school education. The song, from their brilliant 1968 album Beggars Banquet, is deliciously devilish with lyrics listing historical atrocities, juxtaposed with an upbeat, joyful backing choir that creates a knowing wink between the band and the listener.

Of course, as a child, I had no clue the song had been one of their most controversial releases but it didn’t matter, I became a lifelong fan. The Rolling Stones kept us waiting almost until the end of the night to hear the song, but it was beyond worth it. The iconic, joyful opening was extended and teamed with a wild light show with vibrant flames on the giant screens and flashing pyrotechnics on the vast stage, while the performance space was flooded in atmospheric red.

Prior to that, the Stones dazzled the entire stadium with incredible renditions of Get Off Of My Cloud, Honky Tonk Women, Jumpin’ Jack Flash and more. For the encore, they delighted Anfield with Gimme Shelter before closing the show with (I Can’t Get No) Satisfaction.

The atmosphere in the stadium was completely electrifying – the band had us in the palm of their talented hands. Mick Jagger dominated every inch of the stage with the same furious, unrelenting energy and gyrating moves that he became known for in the band’s early years.

Jagger regularly interacted with the audience, telling the huge crowd about his day out and about exploring Liverpool yesterday : “I went past The Grapes, I had a chippy. I had a look at the Empire – the Empire we played there 12 times in the 60s, 12 times. I can’t believe it. I hugged Cilla Black in Mathew Street – which is a lot closer than I got to her in real life.”

Every song was a performance in its own right, with the band ensuring every single person in the crowd was guaranteed to have a truly unforgettable experience. Seeing and hearing The Rolling Stones perform live was a complete and utter joy. I will treasure the memories of last night forever.

Receive our daily What’s On newsletter, Friday Food and Drink and breaking news email alerts by signing up here

Aldi’s £14.99 SpecialBuy people are saying is ‘well worth the money’