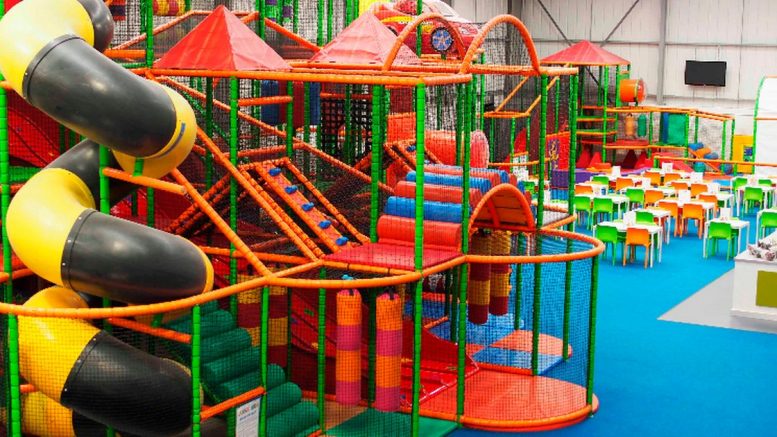 A soft play centre owner has said that his industry is being sacrificed so that gyms in the Liverpool City Region can reopen.

Ian McKenna, who owns Crazy Town in Aintree, said he was ‘devastated’ to hear that soft plays would have to shut.

Metro Mayor Steve Rotheram confirmed he had been in talks with Downing Street late into last night and had secured an agreement to standardise the restrictions for any Tier 3 area, meaning children’s soft play areas will have to close.

However, gyms and leisure centres in the region will be allowed to reopen which has left many soft play staff, including Ian, extremely frustrated.

Are you following tier 3 restrictions? Take our survey

Ian, who has owned Crazy Town for nine years, told the ECHO: “This is absolutely devastating, the first I heard of it was when I read it on the ECHO. We’ve had no notification.

“And where is the science behind it? We’ve been given a five-star Covid secure award. We fog our play frame twice a day and the equipment stays sanitised for up to 21 days and kills any Covid.

“Financially, this is crippling. We were closed for 160 days during the summer and reopened on August 19.

Enter your postcode here to see what businesses are open near you:

“We reopened with our own track and trace system running alongside the government’s and we have had not one case of Covid traced back to our centre.

“It feels like they are sacrificing us so they can get the gyms open. It’s almost like they’ve gone well we’ll give you this but got to take that off you. You can have the gyms open but we’re closing the soft play centres – and there is no science behind it.”

Ian, from Liverpool, also said the decision would take a toll on children’s mental and physical health as they will miss out on fun and fitness, especially over the coming half term break.

“We see our centre as a gym for children. Our play structure, has built-in trampolines, they can run around burn off energy and it’s well-proven that a frame as big as ours can reduce obesity as children can burn calories off while enjoying themselves.

“Preschoolers are really suffering because they can’t socialise and this will damage every child’s mental health. The kids are having every last bit of fun taken away from them.

“We’ve got October half term coming up, we are a lifeline for some families, where they come knowing we are Covid-secure. As the weather turns and it gets colder during the winter months, kids are just going to be stuck inside on their Playstations and not exercising.

He added that he feared for his livelihood and the livelihoods of his staff.

“We are in terrible debt, we’ve had to take out loans and we’ve had no rent reductions. The business is on a downward slope. Before the lockdown we employed 30 staff, now we are down to 15.

“They will be down to 60% of their salary now. I don’t think the authorities have fought hard enough and now they are being punished.

“If we don’t open before Christmas or get the financial help we need from the government, I can’t see Crazy Town opening the doors again.”

She said: “This is very upsetting and we are very disappointed. It seems like adults are allowed to exercise but children aren’t.

“Our girls have worked really hard to put together our upcoming Halloween sessions and that’s the only main event we’ve got happening. It was extra hours for the girls and they needed it with business being slow at the moment.

“It just feels like it’s all of a sudden, I only found out through social media so it’s been poorly communicated.”

And the manager of Funtown in Garston, Gemma Robertson said: “It’s one of those things, coming in and finding out the news is quite shocking, especially because there was no talk of it in regards to Merseyside.

“We’re telling people to book in advance and now all those bookings will have to be cancelled. Our Halloween Party for next Saturday was sold out so this is very frustrating.”