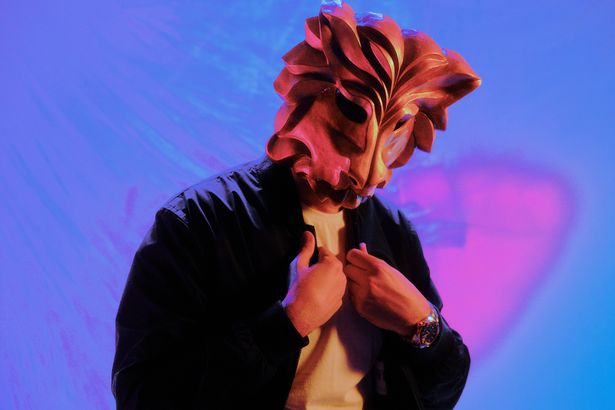 A Liverpool DJ is making waves in the music industry and he’s doing it all from behind a mask.

Mentis, from Kirkdale, has teamed up with singer Kate Wild for his debut single Excuses on Columbia Records.

The single has already been streamed more than 600,000 times and representatives say it’s ‘set to hit’ the UK Official Single Chart Top 40 any week now.

It is currently number 68 on the Top 100, just one chart spot behind Harry Styles with Watermelon Sugar.

The track is also currently sitting in the Shazam Top 40 while it peaked at number one on the Apple Dance trending chart, entered the Spotify viral chart and already hit the Top 40 on both iTunes and Apple Music UK charts.

Since the songs release it has also been played on BBC Radio 1, Capital Dance playlist, Kiss Fm playlist and Kiss Dance playlist.

Despite his early success, people won’t be seeing the man behind the mask for some time.

Speaking about his decision to hide his identity, Mentis added: “I wanted people to listen to my music without a preconception or judgement. That was the most important thing for me.

“I also wanted to find my uniqueness in the genre which I make as there are a lot of people making this kind of style.

“Although I can develop and will find uniqueness in my sound and structure of my tracks, I wanted to offer something more.

“I remember the first time I saw Deadmaus and I was so excited to just see him on stage in his mask playing his tracks, it just added so much to his music and performance so it made sense to protect my identity.”

He said being from Liverpool influenced his musical creativity, Mentis told the ECHO : “As a born and bred Liverpool lad who went to school in Kirkdale and spent many a night clubbing in Cream nightclub, it has been amazing to see the lyrics to ‘Excuses’ blown up huge and plastered across the city in the past few weeks.

He added: “Scousers know a decent house track when they hear it and I’d say they pick up on trends or support good undiscovered artists before anyone else backs them.

“Seeing how scousers react to your music pretty much puts you on the right path. So long as there’s a thumping kick and bass with a catchy vocal to sing, you’ll pretty much win them over and that’s exactly what I was trying to achieve with Excuses.

“Even as a city, we’ve produced some of the best and biggest musical talents over the decades, some who have gone on to world domination with the foundations set by the people of the city and for me that is such an important part of this journey and I’m thankful for everyone supporting the single.”

How to make perfect poached or scrambled eggs for breakfast