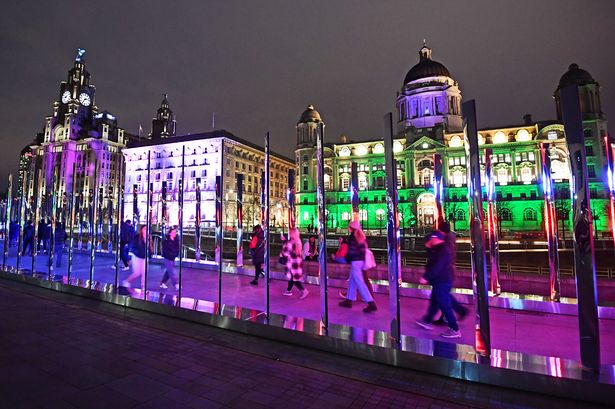 Liverpool’s River of Light trail is set to open to the public tomorrow and tonight we got a first look at the illuminations, which include a spectacular 30.5 metre rainbow bridge.

The trail officially opens to the public tomorrow (Tuesday, March 23), which is the anniversary of when England first went into lockdown.

The city is set to sparkle for 14 nights, as the outdoor trail takes over Liverpool’s world famous waterfront. The intended audience is Liverpool residents only for the first week of the trail.

The trail is a 2km loop featuring 11 pieces of work by local, national and international artists. People have until April 5 to view the installations, which will be lit up from 6pm to 10.30pm each night. Visitors can enjoy the attraction at their own pace, while maintaining social distancing.

Tonight, ECHO photographer Colin Lane was invited along to preview the trail and he captured these beautiful images:

Highlights to look out for include the 30.5 metre long, and nine metre high rainbow bridge, which features 25,000 LEDs. The bridge is in Canning Dock Quayside, next to the Albert Dock and this is the first time it’s been showcased outside of America.

Also at the Albert Dock you can see ‘All in the Balance’ – an illuminated giant butterfly, surrounded by wild grass and flowers, to celebrate the arrival of spring.

While up on Castle Street, there’s a washing line full of illuminated laundry representing communities from across the city and people from different backgrounds living harmoniously.

People attending are asked to wear a face mask unless medically exempt, maintain social distancing and follow all government restrictions.

Announcing that the trail was coming to the city, Councillor Wendy Simon, Liverpool’s Acting Mayor, said: “Launching the River of Light Trail a year to the day lockdown in England began is a symbolic invitation to Liverpool residents to start slowly and safely rediscovering the city once again, and points to brighter times ahead.”

She added that the trail, which took six months to plan, intended to “bring joy and light to residents in what has been a dark year for all of us.”