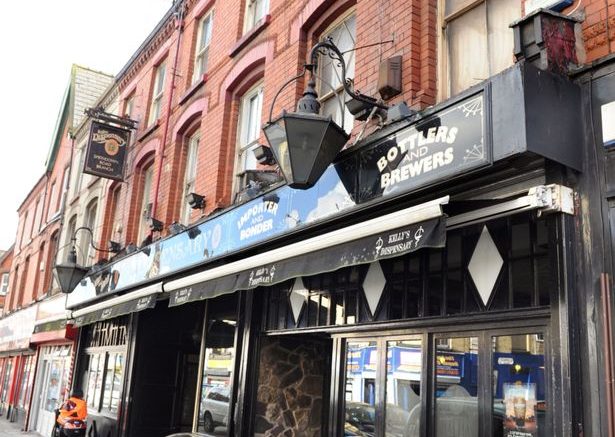 The coronavirus pandemic has hit businesses hard and for some pubs and restaurants it has meant the end of the road.

The last few months have taken its toll on the hospitality industry and a number of much-loved venues across Liverpool have sadly closed for good.

After being ordered by the Government to temporarily shutdown back in March, pubs and restaurants were allowed to reopen in England from July 4 but some decided to call it a day before then. Others tried to reopen with new Covid restrictions in place, but have since announced their closure.

Enter your postcode for the latest on coronavirus cases in your area:

The team at The Zanzibar, which closed in August, said the pandemic was “a massive kick in the teeth for everyone”, while the owners of Sanctuary bar on Lime Street said the pandemic had been the “final nail in the coffin” for their business.

Here we take a look at some of the bars and restaurants that have closed for good, since the coronavirus pandemic led to lockdown.

Just last week the Smithdown Road pub announced it was to close, telling customers via its Facebook page: “Thank you and Bye For Now.”

It closed its doors for the final time last Sunday.

But it might not be the end for Kelly’s, with the team adding: “Keep an eye out for what we do next……..we will be looking for new premises and hope to see you next year when we can throw a proper party to raise a glass to Kelly’s. Thanks again, it’s been a great era.”

Music fans were devastated in August when it was confirmed that The Zanibar was to close after 30 years in business.

The Zanzibar Club opened in 1990 and was well known for championing grassroots music.

The team described the coronavirus pandemic as “a massive kick in the teeth for everyone”, adding that the entertainment and music industry has “had the roughest ride of all” during the crisis.

Due to wear and tear on the venue, it was left in a “financially unattainable position to reopen”.

The family-friendly cafe in Gateacre announced in August that it was closing down after three years in business.

Taking to its Instagram page, the team said: “We have not survived COVID. We thank all of our loyal customers for their support over the past three years. This is a difficult time and I will see you all around the village!”.

Hug a Mug acted as a foodbank during lockdown, creating packages from donations and delivering them locally to those most vulnerable.

As lockdown restrictions began to relax, sadly the owners of Italian restaurant Olive on Castle Street confirmed it would not be reopening, after trying everything to save the business.

The restaurant first opened back in 2004 under the name Olive Press and remained a popular venue on the street for many years.

Having opened in 2011 as the UK’s only ‘dry bar’, The Brink announced this summer it wouldn’t be reopening after lockdown. Pubs were allowed to reopen in England on July 4, but with a week to go, The Brink confirmed it was the end of the road.

Action on Addiction, which was the venue’s main funder, announced the news on its website and said the bar had been “the beating heart of the recovery community in Liverpool”.

Back in August, the owner of the Seel Street absinthe bar said it had been “battered” to the “point of closure” by the coronavirus pandemic, as it was confirmed it would shut after seven years in business.

Scott Burgess said: “To all family and friends of Some Place. Over the years, Some Place hasn’t been a bar but a meeting point for people of every persuasion.”

He went on to thank staff and customers, adding “Hopefully The Green Fairy will make an appearance near you soon, keep your eyes peeled.”

The Rose Lane cafe, which was popular with parents due to its children’s play area and baby-friendly classes, announced its closure just last week saying “It is with great sadness that we are today announcing that Wigwam will not be reopening.”

The cafe opened four years ago after Aigburth mum Sue Kelbrick dreamed up the idea while on maternity leave and unable to find practical places to meet other parents and children.

Another venue that never reopened after lockdown, the hotel’s owner said it would struggle to recover after the closure of hotels due to the pandemic.

Staff were called to a meeting in June and some left in tears after being told the hotel would close permanently from July 1.

The hotel is part of the Centre Island group, which includes Crowne Plaza by the Liver Buildings, the Holiday Inn near St John’s shopping centre and the Holiday Inn Express on the Albert Dock.

In June, the owners of Sanctuary bar said they were devastated to confirm its closure, after three years on Lime Street.

Describing itself as a “dive bar”, “drinking den” and “craft beer emporium” Sanctuary had a loyal following, who were saddened by the news.

In a heartbreaking statement, owners Tony and Hazel said the coronavirus pandemic had been the “final nail in the coffin” for the bar.