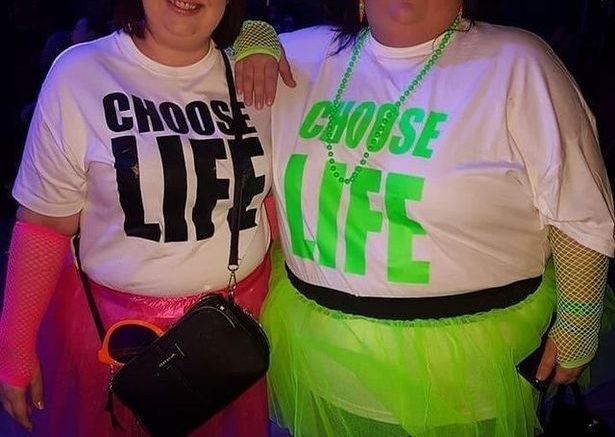 A primary school teacher has lost 12 and a half stone after years of ‘hiding’ from herself.

Kelly Barker has dropped eight dress sizes in just under two years slimming down from a 32 to a size 16.

The mum-of-one from Rainford said that being overweight has consumed all of her life decided to use the lockdown to change her habits for the better.

She told the ECHO: “I’ve been avoiding mirrors for years, I didn’t have full-length mirrors in my house and didn’t let anyone take any full-length pictures of me.

“I knew I was overweight but I was hiding from myself. I would only post selfies of just my face on social media and lived in leggings and tops that would try and hide my weight. I was always the life and soul of the party, loving life, but it was all a mask, hiding what I really felt which was anxious and upset.

“I would often make jokes about my weight before anyone else could. I was in my 20s and 30s but I looked like an old lady. I was wearing the biggest size I could find in a plus size clothes shop.”

Kelly, 40, said that she has always been overweight and was put on a restrictive diet as a child which left her feeling embarrassed.

She said: “I’ve always been overweight, I’ve done every sort of diet going. My earliest memory is of being sent to a dietician while I was in primary school and having to be pulled out of class in front of all my friends to get weighed in the headteacher’s office.

“I was made a different dinner at school and would sit on my own. I felt like I was being punished and it left me feeling embarrassed and humiliated.”

As Kelly grew up, she started putting on more weight as a teenager and into her adult life.

“Food was almost like a punishment, I would restrict my diet but then eat my emotions if I was sad or someone had shouted a name at me. I would eat food to make me feel better.

“My parents’ divorced and I had a lot of emotional issues and ended turning to food. I didn’t like myself and I didn’t think I was worthy enough. All these negative thoughts in my head were reflected in how I treated my body. I just didn’t feel good enough.”

Kelly said: “Then I went on to have my son in 2007 and while I was pregnant I started to go back to my old eating habits and started putting the weight back on very quickly. I just started getting bigger and bigger as the years went by.

“I had Josh but I was missing out on all the normal parenting things like not going to his sports days because I didn’t want the kids to pick on him or laugh at him because of my weight.”

When a picture was taken of Kelly at a family christening she knew something had to change.

She said: “I don’t let people take pictures of me, but when a friend posted online from the christening, there I was in the background queuing up for the buffet and I was absolutely enormous. I was the first in the queue and I was mortified what people would think of me. I couldn’t hide from myself this time.”

Shortly after this Kelly, who works at a primary school in St Helens, was asked to stay in school and teach another year group when her pupils were sent on their annual PGL activity holiday.

She said: “I was relieved because it saved me from having to admit that I thought I wasn’t physically up to it. Then I was nominated by parents as Teacher of the Year at my school.

“At first, I was overjoyed that I’d been recognised for being an outstanding teacher, but I realised I was letting my children down. How could I promote healthy eating and a healthy lifestyle for kids when I wasn’t doing it myself?”

After this Kelly swung into action and joined Slimming World online in May 2018 and by August had already lost two stone.

“I joined online to build my confidence, I knew if I walked into a meeting I’d be the biggest one there and I didn’t like the idea of anyone knowing my weight. My cousin Fiona is a consultant and I started going to her group in Southport and by January 2019, I’d lost quite a few stones.

“I started my own Instagram account to keep myself on track. It’s become a bit of a hobby. I enjoy posting pictures of my healthy food and I’ve made so many amazing friends.”

Kelly has more than 17,000 followers on the platform and also said that during lockdown the virtual Slimming World groups have been a lifeline.

“The groups and Instagram have kept me going. It would be so hard if I didn’t have that interaction with people. I have been able to reach out to my friends in the group who understand if I’m having a bad day or the challenges that lockdown brings. It’s the support that I needed.”

But Kelly’s proudest accomplishment is being able to do more things with her 13-year-old son Josh.

“I’ve hit a turning point and realised how to love myself and being kind to myself, eating the right things and exercising. I take my school children on a daily mile jogging around the school field.

“Josh and I go running, he’s really proud of me and enjoying being able to enjoy having a mum who can do things with him and has the energy to do things. When he was younger we were in the house all the time because I was overweight and too fat to drive.

“Now I’ve learned to drive, and Josh and I have started the Couch to 5k, and we’ve registered for Race for Life in July at Haydock. I’ve still got a couple more stone to lose, but there’s no turning back for me. This is my life now.”

Kelly attends Fiona Foulder’s Slimming World group usually held at St Phillip’s Church in Southport, although classes have been moved online due to the pandemic .