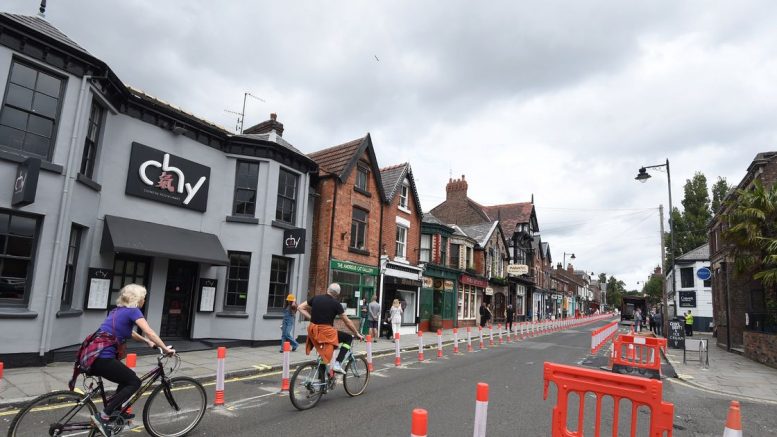 A much-loved Lark Lane restaurant has announced its closure after nine years on the South Liverpool street.

Chy Chinese Restaurant which first opened back in 2011 will now make way for a new gastro pub after it was sold to new owners.

Chy owner Adam Wan decided to close the restaurant after “pressures” from running the site alongside his new venue Yum Cha, which is also based on Lark Lane, took their toll.

He said: “We thank every single customer for the support shown to Chy Lark Lane over the years. It’s been a brilliant journey but times change and since opening our new Dim Sum restaurant, Yum Cha (also on Lark Lane) the pressures of running both venues has taken its toll on the family and so we have decided to focus our efforts on our new venture and the remaining Chy restaurant.

“Chy Liverpool is unaffected and will continue to offer takeaway across South Liverpool and dine-in when restrictions are lifted. We wish the new owners the best of luck with their venture.”

Chy has restaurants in Liverpool city centre and Waterloo which are unaffected by the closure of the Lark Lane site and any upcoming booking will be honoured.

Customers can also order from Chy Liverpool for delivery across South Liverpool too.

According to its Instagram, Yum Cha specialises in dim sum, roast meats and big plates.

Woman in hysterics after Wetherspoon food order arrives at table