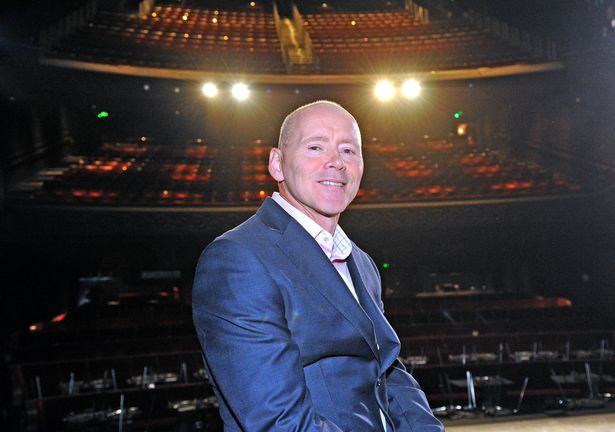 Merseyside theatres and entertainment venues are planning to reopen after what will be up to six months of total closure due to lockdown.

Theatres are permitted to open in May but will be limited to half their total capacity with a maximum number of 1,000 seats per production.

However, many Merseyside venues have decided to wait until July to reopen.

Liverpool’s Unity Theatre is currently preparing to announce a full season of work that will begin in May. Featuring online, city-based and in venue work, it will include more than 40 events and 100 artists.

Liverpool’s Royal Court is are planning to re-open on July 2 with a new comedy by Gerry Linford, followed by Maurice Bessman’s adaptation of Bouncers. The theatre is partnering with Red Ladder Theatre Company in the autumn to tell the story of Anfield’s Homebaked bakery in a new musical about how local people saved their bakery, their homes and the community.

Finally, the year will end with the Christmas show Scouse Sleeping Beauty.

Kevin Fearon, executive producer, said: “After the year we haven’t had we realised we needed a comedy, but at the same time we didn’t want to ignore how the year has affected everyone. Gerry’s play is a perfect way to recognise this while at the same time, giving us the great night out at the theatre that we have all missed.

“There is a general feeling that once audiences feel safe about going out, they will go out. I know I will never take ’shared experience’ culture for granted again. Once we do open I think we have a duty to be more productive. The demand from the audience will be there and the creative talent that has suffered hardship needs to be working.”

St Helens Theatre Royal plans to “slowly start bringing back audiences at the venue from July” with a number of shows taking place in summer. Its full production schedule will begin from September.

The venue has created a new production of Goldilocks and the Three Bears for Christmas 2021 and tickets are on sale for its online Easter panto Jack and the Beanstalk.

Manager Chantelle Nolan said: “Not being able to serve our community has been heart-breaking. I really believe that theatres will bounce-back with the vaccine rolling out at great speed.

“It may take a little while longer, but I believe we will come back stronger than before and I can’t wait to open our doors to audiences once again.”

Enter your postcode below for the latest news near you

Liverpool Everyman and Playhouse is planning to gradually open up as restrictions allow, beginning with the Young Everyman & Playhouse who will start to meet in a socially distanced way after Easter.

There are a number of digital projects rolling out through Spring but audiences will not be welcomed back in person until the summer with Love, Liverpool Live at the Playhouse and Our Lady of Blundellsands at the Everyman. Jonathan Harvey’s play was forced to close after just a week of performances last year when the pandemic began.

The Brindley in Runcorn is currently unable to reveal any reopening plans as it is being used as a vaccination centre.

The Empire Theatre did not respond to a request for its reopening plans. However, the venue has this month announced a live concert version of The Muppet’s Christmas Carol for November and RuPaul’s Drag Race UK for February 2022.

While venues said they were grateful for financial help from sources including Liverpool City Council, Arts Council England, the government’s Culture Recovery Fund and Job Retention Scheme and private donors, they raised concerns over how long they can continue without audiences at full capacity.

Michael Eakin, chief executive at Liverpool Philharmonic, said: “While social distancing is in place, we cannot operate at full capacity, which is financially unsustainable.

“We hope that the huge efforts being made at a national and local level will bring us closer to normality in the coming months. It’s so important for the whole arts sector for these to be successful.”

He added: “People have told us how much they have missed our work, and ticket sales for the concerts on sale are fantastic. That support is typical of this city, and it gives me huge confidence that we – and the cultural sector across Liverpool – will come back strongly and will be at the heart of the city’s recovery in the coming months and years.”

Kevin Fearon said he is worried about how the pandemic has affected those in the industry not covered by funding.

He said: “My worry is how the year has affected the individuals not covered by the furlough scheme. Writers, actors, designers and all the other freelance staff whom we depend on.”

Gordon Millar, artistic director and CEO, at the Unity agreed, adding: “For many disabled artists and audiences, shielding and being unable to attend physical performance spaces was nothing new and will continue to be their norm long after the industry ‘returns to normal’. We must remember this and adapt to accommodate their needs.

“Likewise, the industry must provide the freelance community with more security and opportunity, following a year in which many have been unable to access financial support. Lastly theatres must ensure the stories they create and share are diverse and truly representative of their city.”

He added the past year has deepened the organisation’s engagement with local creatives.

He said: “The implications of the pandemic and shutdown of venues across the UK were serious and far-reaching, but they did allow us to take stock and question Unity’s role as an arts organisation.

“Between March and December 2020 we provided over 400 individual artists with either training, mentoring, space to rehearse, income or fundraising support. The conversations we’ve been fortunate enough to have with these individuals, alongside those with colleagues at venues across the Liverpool theatre sector, have reinforced the position of us all to give voice to the people of the city, share their stories and support them in whatever ways we can.”

Liverpool Everyman and Playhouse chief executive Mark Da Vanzo pointed out that although theatres have been closed, they have continued to engage their audiences.

He said: “We have maintained the majority of our outreach programmes over Covid, albeit in different ways, and continued to support our local theatre ecology through commissioning new work or providing employment opportunities and support as best we can.”

Home Bargains shoppers say ‘life is made’ with new £11.99 gadget

Liverpool restaurant running its own Eat Out to Help Out scheme