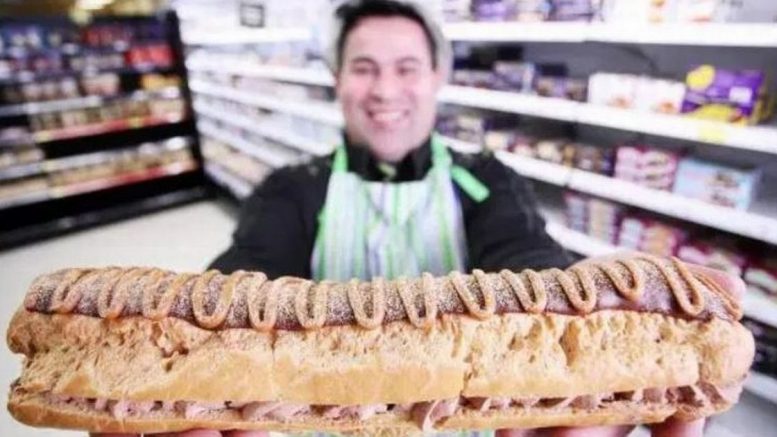 Asda has released a giant chocolate eclair for Christmas but some shoppers aren’t impressed with the supersize treat.

The supermarket has created a foot long eclair that costs £6 and is available to buy from Monday.

While shoppers are excited at the thought of trying it, there’s one thing people just can’t seem to understand – and that’s Asda’s serving suggestion.

The supermarket has labelled the eclair as being a dessert that “serves 10” and shoppers who have seen a picture of the eclair on social media have all been saying the same thing.

On the Facebook group One Pound Sweets, one said: “A load of rubbish that wouldn’t feed my lot”.

Another agreed: “feeds 10! Feeds 10 of my daily different moods more like!”

A third said: “I could probably eat it all”.

And another said: “I would eat that all to myself no sharing”.

Other desserts Asda shoppers can buy this Christmas include a Gingerbread Cheesecake for £2, Chocolate Orange Torte for £8, a Vegan Christmas Cottage for £3 and a Baileys Yule Log for £5.

Former Poundworld store has been taken over by another bargain brand