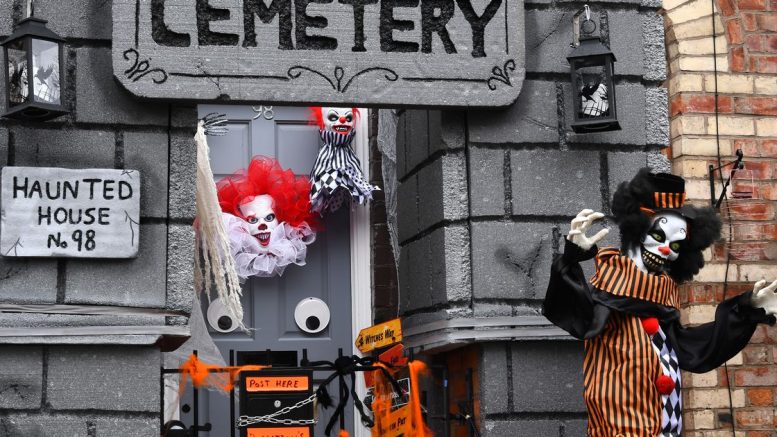 A Liverpool mum has transformed her family home into a haunted attraction for Halloween in the hope she can raise money for Alder Hey Children’s Hospital.

Katie Griffths, 23, decided to decorate her Anfield home in the hope she can put a smile on her children’s faces and raise some money for charity.

The mum of two usually throws a Halloween party every year but due to the coronavirus pandemic she is unable to, so decided to pick up on an idea she remembered from previous years.

Speaking to the ECHO, Katie said: “I don’t do it every year, normally I do a Halloween party but there was nothing I could do this year as I can’t have one now.

“There is normally a lady in Norris Green that does it for Alder Hey and she stopped this year so I thought instead of them losing out in all the money they normally make I may as well put all my effort into doing it for them.

“I’ve got a donation box outside and then it gets transferred into the Alder Hey bucket.”

The outside of the house, based on St Domingo Grove, is full of ghosts and ghouls with eerie music playing for passersby. The inside, Katie confirmed, is just as impressive, however because of the local restrictions, this is something people won’t be able to see and take advantage of.

Katie added: “Some of the props are home made and I’ve travelled all around the country just picking them up.

“It wasn’t too much. All the stuff outside I’ve bought this year but the majority of stuff inside my house I’ve been collecting for years. My kids love it, they’re not scared at all.

“We’ve had loads of people coming and social distancing so just on the 31st instead of having a party this year I’m going to go outside and let all the kids come down and see it as long as nobody is messing about.

Katie’s children are aged three and five, and despite the Liverpool City Region being placed into Tier 3, she believes kids should still be able to make the most of special occasions.

She said: “It is important because they don’t understand what’s going on and they’re losing too much of their childhood now. I had to do something for the kids to see.”

Have you transformed your house with a terrifying makeover? Send your pictures and videos to 07831256877.

Hour-long queues & takeaway pints as Liverpool comes back to life

Lidl’s £1.99 spread similar to a more expensive version by Lindt