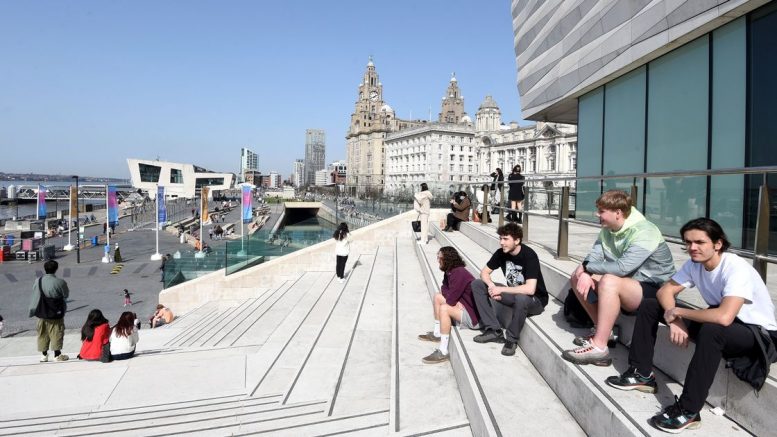 Liverpool has been voted among the top 10 cities for a “staycation” getaway.

With lockdown restrictions slowly lifting, it is no surprise the UK’s Google trends average for staycations – a term used to describe a getaway in your home country – has seen an 89% increase over the past month.

Prime Minister Boris Johnson last month confirmed the government’s roadmap out of lockdown, which aims to see the country restored to normality with all restrictions lifted by June 21 – if the government’s four key tests are met.

The four stages include the vaccine-roll out continuing successfully, vaccine efficacy, infection rates and hospitals and new variants.

The next set of restrictions were lifted on March 29, which sees people now allowed to gather outdoors with up to six people or two households, including in private gardens.

Keen to find out which are the most popular cities for a UK holiday, experts from OnBuy.com’s outdoor recreation department utilised online analytics tool SEM Rush to reveal where in the UK people are most searching online to potentially visit this year.

The total search volumes were divided by the corresponding population of each city and multiplied by the value of 100 to calculate monthly searches per 100 people – and Liverpool made it into the top 10.

York was discovered to be the UK’s most searched location for a city break with 104 searches a month per 100 people. Famed for its Cathedral and haunted streets, this north eastern city received a total of 168,980 Google inquiries into taking a trip, with 96,560 monthly searches for “hotels in York”.

Liverpool came in tenth place, pulling in an average of 109,530 searches a month per 100 people.

And it’s no surprise – the city is famous across the world for its music, fashion sense and iconic waterfront, not to mention its stunning architecture, museums, galleries and, under normal circumstances, its thriving nightlife and theatre scene.

Plea from local bars & restaurants ahead of new lockdown rules

The Scousest Christmas story nobody was supposed to want to read

A bucket list of things everyone in St Helens should experience