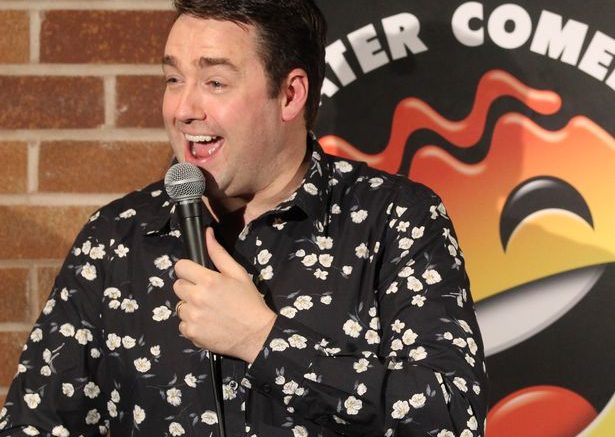 The Hot Water Comedy Club has been a runaway success story in Liverpool since it started in 2010.

Like much of the hospitality and entertainment industry, however, comedy has been hit hard by the lockdown.

Much has changed since their seven nights a week comedy venues regularly pulled in three to four thousand people a week before the pandemic.

Co owner Paul Blair spoke to the ECHO about how the club has fared in the face of lockdown restrictions.

Paul said: “It’s been a bit of a nightmare, the whole thing to be honest.

“We’re open and functional but obviously we used to do up to 19 shows a week.

“Now we’re down to seven. And that’s at a limited capacity as well.”

New restrictions that came into force throughout Merseyside on Tuesday, 22, and for the rest of the UK today, have meant that the club’s bar has had to close by 10pm.

What’s proved most difficult since they reopened on August 15, however, is the reduced capacity due to social distancing measures together with less people willing to venture out to enjoy a night of comedy.

Their clubs have played host to some of the UK’s top comedians including John Bishop, Jason Manford and Russell Kane.

Resident compere and Scouser, Paul Smith, has also found national success – embarking on UK tours and a sell-out show at the 11,000 seater main hall of the M&S Bank Arena.

But keeping a comedy venue running in the current climate has proved a challenge.

Owner Paul said: “We found that the demand is lower so we had to stop doing seven nights a week and went down to four.

“Obviously with the massively limited shows we have had to let some staff go – there simply weren’t enough hours for them.

“It was enough to do shows but customer confidence is not really there.”

As well as having to cut jobs, the comedians who would usually find regular work performing in their venues have suffered financially as a result of the crisis.

“Right now, the demand for comedians is near non existent.

“And as a lot of them are self employed they didn’t get much support financially either, so a lot have had to get other jobs.”

He added: “We did try some live streams without any audience during the main lockdown and they were hard.

“You need a response. There were pauses in the set where you would usually get a laugh, but it was just silence – it was a strange thing to watch.”

Keep up to date with what’s going on in your local area by entering your postcode below.

Despite the hardships the entertainment industry and the comedy scene have faced, Paul remains optimistic that the demand for comedy is still strong and audiences will come back.

They have also set up and on demand, live streaming service of their shows with a three day free trial, so that they can still reach audiences who are choosing to stay at home.

Paul said: “Obviously we can’t last forever, nobody can. But we’d like to think we’re in a position to survive this.

He added: “The audience numbers are down but there’s still a big audience for it.

“And comedians are super eager to get out again, as well. So the demand for me is still there.” Next shoppers tempted by new sandals they say look ‘so comfy’

Liverpool restaurant running its own Eat Out to Help Out scheme