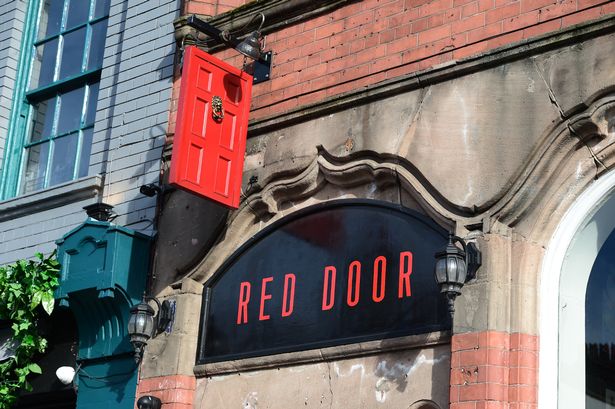 Liverpool’s bar and restaurant owners are “hoping for normality” when the Prime Minister shares his ‘roadmap’ out of lockdown on Monday.

Next week, Boris Johnson is set to unveil his roadmap out of the current restrictions, including prospective dates for when schools, restaurants, cinemas and more could reopen.

Some lessons are expected to be taken from the exit from the first lockdown last summer, which means bars and restaurants could be among the last to reopen their doors.

Ahead of the announcement, the owners of some of Liverpool’s most popular bars and restaurants have shared what they’re hoping to hear on Monday.

Enter your postcode for the latest on coronavirus cases in your area:

Lee Lynch, who owns Red Door on Berry Street, said he doesn’t believe the announcement will bring “the light at the end of the tunnel” for bars.

He said that he does not expect bars and restaurants to get back to “any form of ‘normal’” until May or June. Despite this, Lee said he will continue to offer his customers the ‘Red Door experience’ remotely until the bar can open legally and safely.

Lee told the ECHO: “After a chaotic year of ad-hoc rules and guidelines with little support from the Government, I don’t think Monday’s announcement will be the light at the end of the tunnel for bars.

“Being told you can legally open, and being able to trade profitably according to guidelines are two very different things. I think we will not see any form of ‘normal’ trading until the end of May – beginning of June.

“I suspect Monday will be more of a route map out of lockdown and as we have done all through this pandemic our main focus will be making sure that where we can trade we do it within the guidelines with a focus on the safety of our team and our guests.

“We will continue to keep our brand alive with our online shop with the sale of our legendary Red Door Cocktails complete with classic playlists and ensure that whatever the Government’s announcement our guests continue to enjoy the Red Door experience remotely until we are able to welcome customers back legally and safely.”

Kate Stewart, the owner of one of Liverpool’s most popular matchday pubs The Sandon Complex, said she is “hoping for normality” but is “not confident we’ll get it”.

She said her business “cannot adhere” to the rules that restrict fans from attending football matches, as well as social distancing.

Kate said: “I’m hoping for normality but as it stands, I’m not confident that we’ll get that. There have been so many false promises along the way; we’ll be fine by Christmas, we’ll be fine once the vaccine is rolled out.

“We’ve reached the target for the vaccine and yet there will still be the rule of six, a restriction on mixed households and social distancing in place.

“The Sandon is a standing pub; it’s a match day pub. And until fans are allowed in the football grounds and social distancing is a thing of the past, it won’t be feasible for my business as we, along with other venues, simply cannot adhere to these measures.”

Fiona Hornsby, who co-owns Liverpool pubs The Denbigh Castle and The Bridewell in the city centre, said she hopes to see the previous 10pm curfew and substantial meal stipulation removed.

She said: “Firstly we really need a confirmed date of when we can open, the constant speculation does nothing for anyone’s mental health. Seriously hoping the date is in April and is ideally indoors.

“Also, we want to remove the substantial meal ruling and remove the curfew previously imposed.

“We’re expecting tables of six, mask wearing, no standing and table service to remain but we just want to open up, regardless.

“We’re wondering about track and trace as it’s not effective in pubs. Let’s hope the government listens to the stats including those from public health professionals showing the very low rates of transmission.”

Peter Kinsella, owner of Liverpool favourite Lunya, has been outspoken throughout the pandemic about its effect on the hospitality industry.

For Peter, one of the most important things he’s hoping to hear on Monday is that bars and restaurants will be able to open from May, which he says “feels like the right timescale”.

He also hopes to hear that restrictions will be “as minimal as possible” and that the Government will commit to relaxing them each month.

Peter said: “We are hoping for restaurants and bars to be able to re-open at the beginning of May – to us this feels like the right time scale that is not too early and would prevent another lockdown which would be disastrous to the hospitality sector.

“We want restrictions to be as minimal as possible, still allow mixing of households and not too low a cap on table size. Commitment to relax restrictions as much as possible each month when the data shows it’s possible. No restrictions on food with drink.

“A financial support package that reflects the extra restrictions on trade for the hospitality that protects businesses and jobs. This includes the 5% VAT cut for a further 12 months and to extend it to drinking out, too.

“Business Rates holiday for a further 12 months, a six month delay in starting to pay back CBIL loans to support cash-flow as we recover, and a support package for commercial landlords and tenants that addresses the huge amount of rent debt that has built up over what will be nearly 15 months of closure or severe restrictions.”

The Prime Minister will address the nation at 5pm from Downing Street on Monday, February 22.