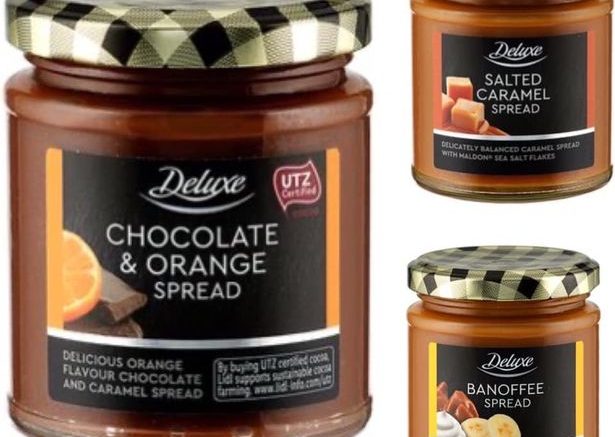 Lidl is selling a treat that shoppers have said “looks awesome” and is similar to a more expensive version by Lindt.

January is traditionally a time for dieting but with another lockdown in place you’d be forgiven for not bothering.

And Lidl’s snack has caught the attention of shoppers who are keen to try it in every flavour.

A picture of the ‘Deluxe’ spreads, which cost £1.99, was shared on the Facebook group Snack News & Reviews and it got people talking.

The post had more than 200 reactions and 163 comments, about the spreads with shoppers debating which to try first.

The spreads are similar to Lindt spreads, which cost around £5.99 and come in Hazelnut Chocolate and Dark Chocolate flavours.

Many Lidl customers were keen to try its Banoffee and Salted Caramel spreads after seeing the picture on Facebook, but for others it was all about the Chocolate Orange spread.

One person commented: “These look awesome.”

Another added: “How awesome does the chocolate orange look?”

And a third said: “Mmm they look so nice.”

Lidl stores remain open during lockdown and people are allowed to go shopping when needing to stock up on essential items.