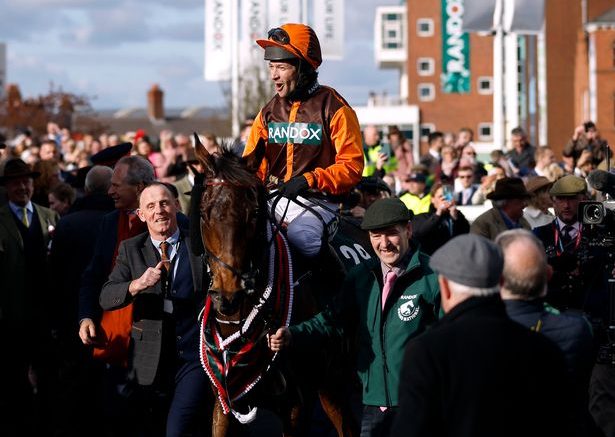 The 2022 Grand National festival has seen three days of racing and more at Aintree Racecourse.

Thousands of people have descended upon the course since the event’s opening day on Thursday. Ladies’ Day saw Donna Mulligan win £5,000 and a host of other prizes as she scooped the coveted Style Award.

And on Saturday, the main event got underway. The headline Grand National race kicked off at 5.15pm, and was one by a horse with 50/1 odds.

READ MORE: Stylish racegoers who stole the show at Aintree on Saturday

Noble Yeats won, ridden by Sam Waley-Cohen on what was his final race. It was the fairytale ending to his racing career, from which he has now retired.

He is said to be friends with Prince William and Princess Kate, and was a guest at their wedding in 2011. Sam has become the first amateur to win the race since 1990 and retires having won seven races on the Grand National course, making him the most successful course jockey of the modern era.

And it’s because he is an amateur that he won’t receive any of the prize money, according to the BBC. Sam, 39, works as a dentist.

The total prize fund for the Grand National in 2022 is £1,000,000, with £531,600 going to the winning owner. Winning jockeys of the Grand National on average receive around eight percent of the first place winnings, while second normally gets four percent. This means riding a winner at the Grand National could bag a jockey around £45,000.