Looking for something to do in Liverpool? Whether you're a local, new in town or just cruising through we've got loads of great tips and events to offer. Find out what’s on in Liverpool with our regularly updated events calendar featuring the best upcoming events in Liverpool and the area.

This guide lists events at a glance, showing what’s on each month. See the highlights of What’s On for Liverpool, featuring the best of things to do in Liverpool – Live Music and Gigs, Family Events, Art & Culture, Food & Drink and much more. Liverpool fundraisers and charity events.

Important This Event Calendar is not maintained on a daily basis and some events may have changed dates or are no longer happening. Please double-check the event websites for the most up-to-date information. 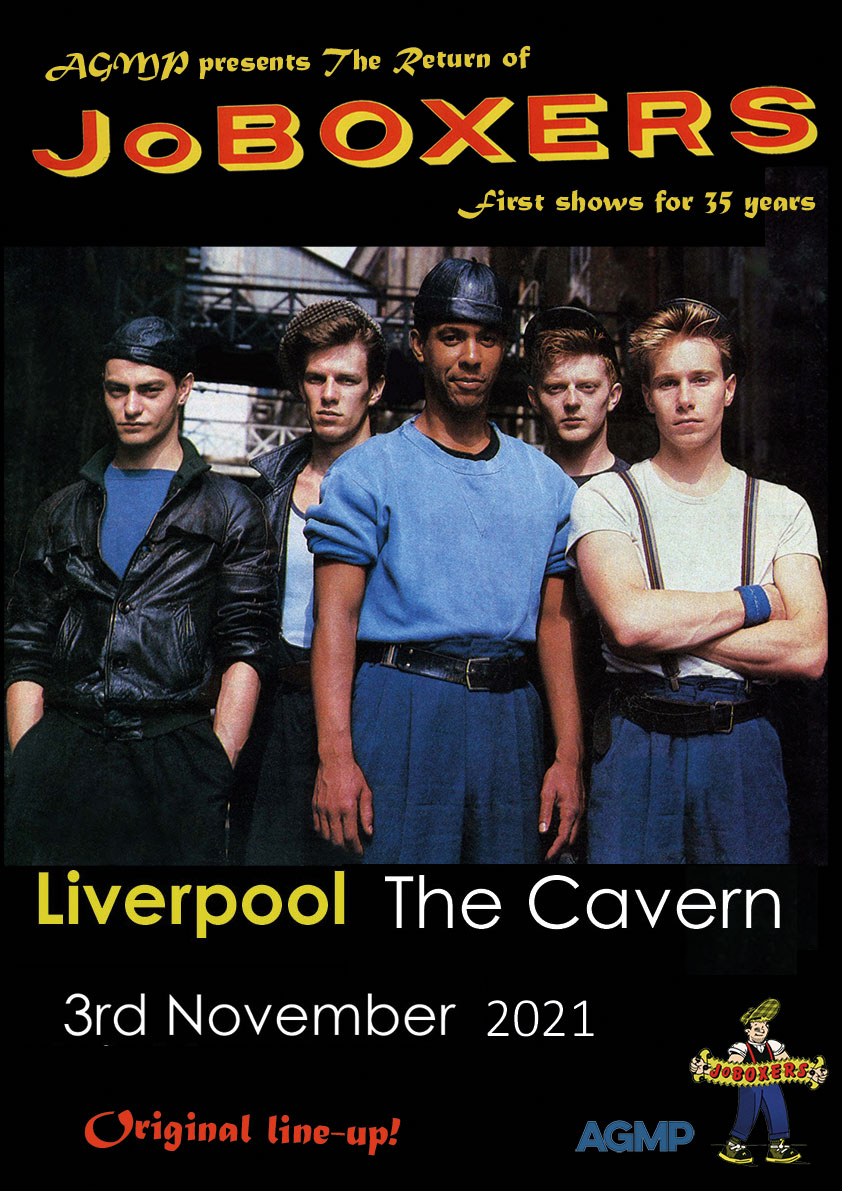 First shows for 35 years! The JoBoxers stormed the UK charts in the ‘80s.  Their single ‘Boxerbeat’ reached No.3 while on tour with Madness and the next hit, ‘Just Got Lucky’ hit No.6 UK, Top 40 US and featured in the movie The 40 Year Old Virgin and as the opening track to Lindsay Lohan’s movie Just My Luck.

The boxer Frank Bruno appeared in the video to their next hit ‘Johnny Friendly’ and the band have toured extensively in the UK, US and Australasia.

The re-released debut album Like Gangbusters made the UK Top 20 and captures the cream of their live act.

Other singles are ‘She’s Got Sex’, covered by Samantha Fox on her double platinum selling album Touch Me, ‘Jealous Love’ and ‘Is This Really The First Time’ included last year on Gary Crowley’s Lost 80s CD release.

The JoBoxers today feature all original band members who have continued to make their mark in music and the performing arts with The Style Council, Dave Stewart, The The, Lisa Stansfield, Shakespears Sister and Spear of Destiny.

If you have an event, that you would like to be featured on our Events Calendar, please visit Free Event Listing.