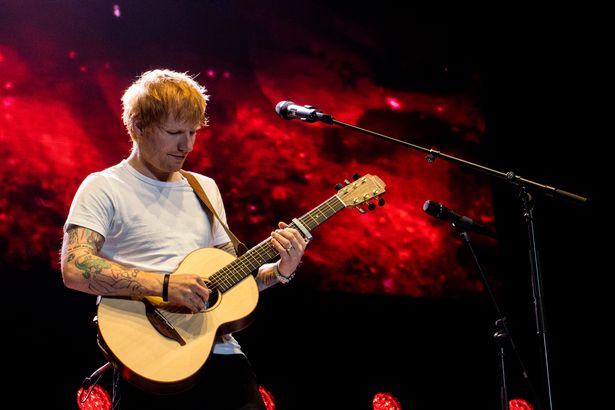 Ed Sheeran treated his Liverpool crowd to one of his first live performances of Shivers as he headlined a star-studded show at the M&S Bank Arena.

The global superstar had the sell-out Radio City Hits Live crowd hooked with a spine-tingling five-song set that included the chart-topping single.

He had begun by welcoming his return to Liverpool before launching into Bloodstream.

Recent number one Shivers then followed with Perfect, Shape of You and Bad Habits completing a set that had children, teenagers, parents and guardians singing in unison.

It was a perfect way to end a night on which star after star re-iterated their gratitude that live music had returned after a coronavirus-inspired difficult 20 months for the music industry.

Those messages appeared to be genuinely-held by everyone who performed, their own excitement seeping into their sessions.

As acts from Mabel to Becky Hill and Mimi Webb impressed, this delight at being able to create memories with fans was showcased best by The Script.

Lead singer Danny O’Donoghue left the stage within moments of stepping onto it as he climbed into the crowd to deliver the song that launched the group into the spotlight – The Man Who Can’t Be Moved – surrounded by an audience of what were now effectively back-up singers.

The night had begun with Joel Corry ramping up the excitement – helped by an initial Mabel performance – before setting on a path that would lead to a number of stand out moments.

Highlights included Ella Henderson’s Ghost and Tom Grennan’s Little Bit of Love, both of which had the crowd of thousands passionately joining in as the euphoria of the show took hold of those both on stage and in the audience.

From the moment the streamers fell to start the party to the closing chords of one of the most successful songwriters of a generation, this was a night of unadulterated fun played out before a sea of flashing LED bunny ears.

It really is good to have live music back.

Get the top stories straight to your inbox by signing up for one of our free newsletters.