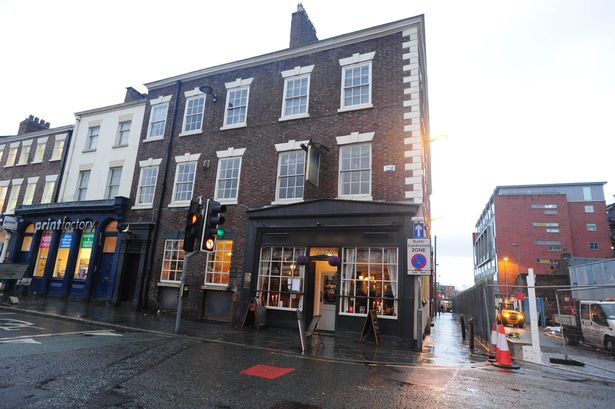 Whether it’s in a trendy gastropub, a theatre bar or an old Dickensian pub, there’s a great pub where you can drink away even the chilliest of winter’s days.

With the cold nights creeping in, we’re all looking forward to heading out for a drink in a cosy pub.

While Liverpool pubs and bars are closed for now, there’s no doubt many will be making plans for a festive drink once lockdown restrictions are lifted.

We’ve taken a look at some of the cosiest places to have a drink in Liverpool, here’s all the places we can’t wait to visit after lockdown.

The pub’s rustic kitchen style is cemented by farmhouse dining tables and Liverpool-themed art on the walls. This cosy restaurant prides itself on its fresh and, whenever possible, locally sourced produce.

There’s also a pleasing selection of beers on tap and the food draws both crowds and critical acclaim.

There’s lots to like about this welcoming pub in the Georgian Quarter.

It may be tiny, but there’s a lot of love for The Belvedere among Liverpool’s drinkers, who congregate around its roaring fire.

It has long been known as a haunt for musicians from the Royal Liverpool Philharmonic Orchestra, who enjoy popping in for quick drinks during their intervals.

The bistro may be spacious, but that doesn’t mean it can’t be toasty warm. It’s sparse and it’s simple and very cosy.

Its basement bar area has a cosy wood burner where you can gather with friends to put the world to rights over a pint or two. Take a seat and settle in for a weekend afternoon.

The Hare and Hounds brings the same authentic British pub feel – complete with open fire, of course – to Maghull.

Their classic pub meals are made with award-winning ingredients, which you can wash down with a pint of one of their hand-picked cask ales.

This popular pub is dripping with maritime history. The original building was built after a compulsory purchase order along the dock road in the early 1850s to widen the road and develop Wapping Dock.

This was called Turners Vaults and was built to a late Georgian design.

The pub was then added to circa 1856 in a Victorian design when the road widening was finished.

Inside it’s stylish but cosy – particularly if you opt for a pint of traditional ale and a strategic position by the crackling woodburner.

The Crown is known for its stunning ceilings, and with some impressively cheap drinks, it’s always worth a visit.

There has been a pub on this site since 1859, probably already called The Crown.

In 1905, the existing building was bought by Walkers Brewery, who completely rebuilt it. Brewer Robert Cain was creating gin palaces all over Liverpool. Now grade II listed, it’s a Liverpool treasure.

The Dovedale Towers is known for its warm and informal atmosphere despite the high ceilings and Victorian decor, giving it a grand but with a lived-in feel, which you want from a local.

It is – thanks to a certain Mr Lennon playing there back when Liverpool was still pockmarked with bomb sites – one of the city’s best known pubs.

The Philharmonic, aka The Phil, is one of the cosiest pubs around, and we can’t wait to get back inside.

CAMRA describes it as being ‘the most spectacular pub in England’.

It was first built as a private gentleman’s club, alongside clubs such as The Athenaeum, The Lyceum and The Artists’ Club. It remained a private establishment until around the late 1920s, when it then became a high-class public house.

Salt and pepper boxes everyone in Liverpool needs to try