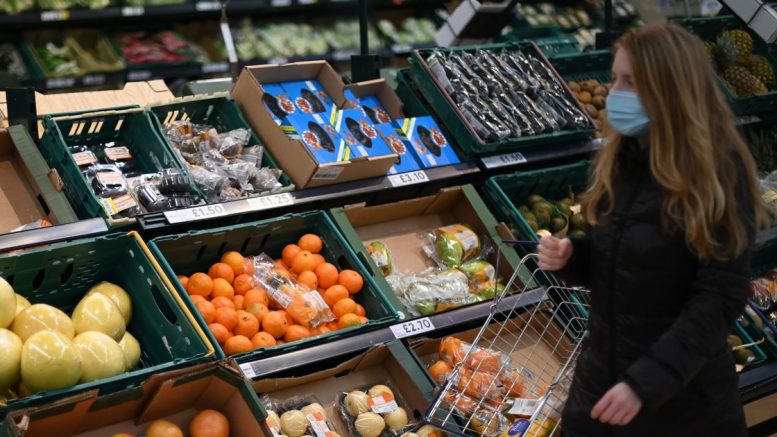 The best and worst supermarkets of 2021 have been revealed by consumer champion Which? after more than 3,000 people were surveyed.

The survey saw members of the public asked about their favourite supermarkets, quizzing them on a range of factors from store appearance and quality of produce to value for money.

It’s been a strange year for supermarkets and their staff from customer rules including social distancing to stockpiling in the early days of the pandemic, they have faced it all in the last 12 months.

So after wowing shoppers with its value for money, Aldi has been rated the top supermarket store for 2021, while Sainsbury’s is best for online.

Aldi, which is Britain’s fifth-largest, was the only grocer in the country to be given a five-star rating for value.

And following a year in which shoppers said price was the most important factor and supermarkets have been a lifeline for many consumers, Aldi was voted the best overall with a score of 73%, ahead of M&S who placed second for customers’ in-store experience.

Here are the results for the best in-store supermarket and the overall customer store, see the full results here.

As well as being the best grocer for value, customers also praised it for its convenience and simple, stress-free shopping experience. Which? noted that Aldi had launched new ways to shop online during 2020 through partnering with Deliveroo for rapid deliveries and offering its first click-and-collect service from around 220 stores.

Julie Ashfield, managing director of Buying at Aldi UK, said: “We know that demand for great quality products at unbeatable prices has never been higher. That is why we are investing in Britain by opening new stores and creating new ways to shop with us.

“With the uncertainty that so many of us are facing, it is no surprise that price is top of shoppers’ agendas, which is why our clear promise to customers is so important – we are proud to be Britain’s lowest-priced supermarket and we always will be.”

Aldi, which plans to create 4,000 new jobs during 2021 and open more than one new store a week, announced earlier this year that it is to invest a further £3.5 billion a year with British suppliers by 2025.

Which? also recently named Aldi its cheapest supermarket in January where a basket of 19 items was found to be 23% more expensive at the Big Four than at Aldi.

But Sainsbury’s was praised for its online offering with the highest score in the online supermarkets table this year, the first time it has achieved this.

Here are the results for the best online supermarket and the overall customer store, see the full results here.

Shoppers were happy with its stock availability (which was voted the most important factor in choosing an online supermarket, alongside price), product range, quality, freshness and the service of its drivers – but it scored just three stars for value for money.

One online shopper said: “Apart from the first few weeks [of the pandemic] when people were panic-buying, Sainsbury’s usually has everything I order. I have been shielding, so very grateful for its online shopping.”

As well as scoring highly in our survey, Sainsbury’s also does well on a range of behind-the-scenes measures such as food hygiene and nutritional labelling – all of which contributed to our decision to name Sainsbury’s the only Which? Recommended Provider this year for its online service.