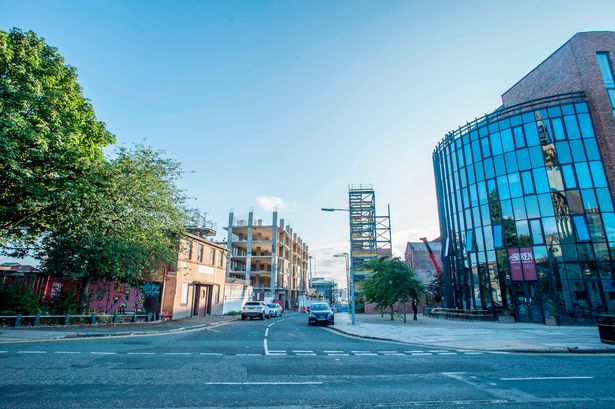 Just three months into 2021, Merseyside has seen a number of shops, restaurants and bars close their doors for the final time.

With the strain of the ongoing pandemic changing the way people shop and preventing people from eating out, sadly some businesses have decided to call it a day.

Some of the biggest shocks include the sudden closure of Arcadia Group’s Topshop and Miss Selfridge.

While we’re all now looking ahead to our favourite bars, restaurants and shops opening their doors after lockdown, we’ve sadly said goodbye to some of them already this year.

Below is a list of the bars, restaurants and shops we know have closed their doors since January.

Siren on St James Street in the Baltic Triangle announced its closure via social media earlier this month.

The restaurant made the “heartbreaking” decision to close down following a “devastating” year.

In a message to fans, the team wrote: “To all our lovely customers, friends & followers.

“It’s our first post in a while but unfortunately it will also be our last. We wanted to let you all know that we’ve had to make the heartbreaking decision to close SIREN Liverpool.

“This last year has been devastating for our business & we are unfortunately unable to continue.

“We are so incredibly grateful to each and every one of you for your support over the last eight years. We will miss you all terribly, thank you all for the memories.”

Anar Turkish BBQ on Aigburth Road, which opened in 2018, announced its closure back in January.

The restaurant said it was ‘with a heavy heart’ that it must close its doors due to the ‘strains and pressures’ of the last year and another ‘tough’ start to 2021.

Taking to Instagram, the team shared a photo which read: “Important closure announcement.

“Unfortunately due to the strains and pressures of last year and again this year’s tough start, it is with a heavy heart that we have decided to close Anar Aigburth from tonight.

“We would like to thank each & everyone off you for your support & custom, we are very sad to do this.”

This week, Thorntons confirmed it was shutting all its UK stores putting 600 jobs at risk.

It has now been confirmed to the ECHO that the store will not reopen on April 12, when non-essential stores across England will open their doors once again.

Announcing the closure news this week, a spokesperson for the retailer said it had been “operating for a long time in a tough and challenging retail environment”.

The retailer will remain online and products will continue to be sold in other retail stores.

Topshop and Topman, part of the Arcadia Group, have closed for good, including Liverpool’s Church Street and New Mersey Retail park stores.

ASOS acquired the brands from the administrators of Arcadia two months after its collapse.

However, the multimillion-pound deal did not include the purchase of the retail shops and all Topshop and Topman stores across the country will close.

Along with Topshop and Topman, Miss Selfridge stores, including the one on Church Street in Liverpool will also close after online fashion giant ASOS bought all the brands.

The deal was for the inventory, e-commerce and digital assets of the businesses but it does not include the brands’ 214 remaining shops, which will close, according to administrators from Deloitte.

This includes Dorothy Perkins, Burton and Wallis at Debenhams in Liverpool ONE.

Clothing retailer Outfit closed two of its stores in Liverpool this year.

The brand, which was also owned by the Arcadia Group, confirmed that stores at Liverpool Shopping Park on Edge Lane and at New Mersey Shopping Park in Speke closed on January 14.

When is Black Friday 2021 and what deals will be available

Woman behind Liverpool pyjama company with thousands of followers

One Matalan shopper said: "I’m going to get this hoodie! It’s lovely" Liverpool Echo – What’s On …