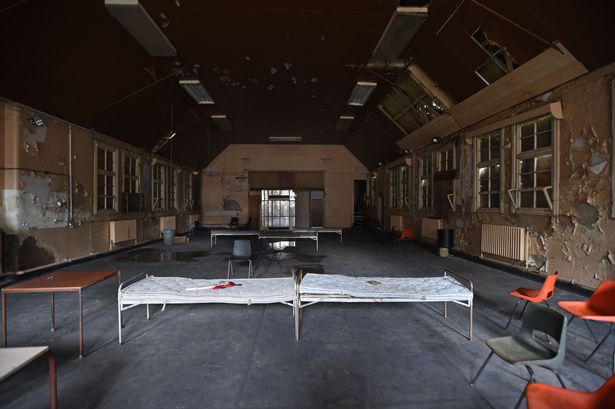 One of the UK’s most haunted locations is hosting terrifying ghost hunts once again, and it’s right here in Liverpool.

For those who are brave enough, you can spend the night treading carefully through the abandoned hospital and former orphanage looking for things that go bump in the night.

Newsham Park Hospital, the abandoned building which was once a medical hospital and a mental asylum before closing in 1997, has been named one of the top 100 haunted places in the UK for 2020.

Enter your postcode to find the latest deals near you:

The Grade II listed building is described as “very active” with many sinister areas to explore including the psyche cinema, ‘naughty boys corridor’ and morgue.

The historic venue dates back to the Victoria era and has been used as an orphanage, psychiatric hospital and nursing home throughout its 138 year history.

There are tonnes of ghost stories to come out of the Grade II listed building with many former workers in the hospital claiming to see, hear and feel things.

Speaking to the ECHO, one former worker said he still has nightmares and is traumatised by the ‘pure evil’ in the building.

Former patients at the hospital were also known to mention children and people who weren’t there.

Once beyond the perimeter fencing and inside the boarded up building, those taking part in the Haunted Happenings tour will have exclusive access to the sprawling venue for a whole night, hunting for the ghostly inhabitants who remain there.

The building first opened in 1874 as an orphanage for the children of British seamen, and the conditions were said to be harsh, with siblings segregated from each other and punishments handed out.

In 1951 it became a hospital, the remains of which you will see on the tour, with abandoned wheelchairs sat in empty corridors and mortuary fridges a reminder of the lives that were lost.

The venue has been used for ghost hunts for many years and there have been numerous reports of paranormal activity, including distant voices and shadowy figures seen dashing down stairwells.

The ghost tours offer visitors the chance to experiment with vigils and seances, including glass divination, table tipping and Oujia boards, and ghost hunting equipment including EMF Meters, K2 Meters and more.

There are several ghost hunts taking place at Newsham Park Hospital in the coming months, though you’ll have to be fast as they sell out quickly.

You can find the full listings here .