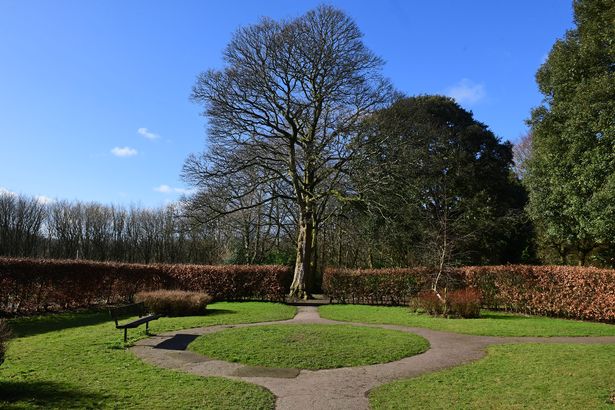 After being cooped up inside for the most part of a year, we’re all looking forward to getting out of the house now more than ever.

Whilst there are many popular spots to venture to across Merseyside, St Helens is one area that has a variety of fun things to do and see.

Some of the best places to explore are hiding in plain sight, while others you need to do a bit of searching to find.

You’ll never be short of places to eat or landmarks to visit and regardless of whether you prefer quiet walks in the park or exploring a museum with the whole family, there’s something for everyone.

Here are 17 things to do that you can tick off your St Helens bucket list.

This list isn’t intended to be comprehensive – we put a call out on social media to hear your favourite St Helens spots.

But if you have a favourite place that didn’t make the list, let us know in the comments section.

The former home of Sherdley Hall, Sherdley Park is the largest public park in the borough and is located in Sutton.

This 336 acre park is the largest in the town and offers an 18-hole golf course, a lake and open woodland, as well as play areas for little ones.

There are different routes you can take around the beautiful park, whether it be running, jogging or walking and plenty of greenery to enjoy a chat or picnic with friends.

One of the most well known landmarks in the borough, the Dream is a 20 metre high sculpture gleaming white marble located on the former site of Sutton Manor Colliery in St Helens.

Located close to junction 7 on the M62, the sculpture is by Jaume Plensa and resembles a young woman in meditation.

The site offers views across the Cheshire and Lancashire plains, out to the mountains of Snowdonia, as well as the Pennines, the Peak District, and some Manchester landmarks.

3) The World of Glass

The World of Glass provides a fun, yet insightful, experience as you wander through the exhibitions and earning about glass, which has defined St Helens like no other industry.

The museum also offers a film show with amazing special effects and a gift shop, allowing you to take a little piece of the museum home with you.

The World of Glass is the ideal place for a family outing, especially if you’re after something different to the traditional museum.

Inglenook Farm in Rainford is best known for its stunning Lavender fields which when in bloom its aroma fills the countryside.

The farm is also home to shops, tearooms and great dog walks.

And hosts a range of events including a monthly Artisan Market.

At the top you can find a structure, often referred to as ‘the beacon.’

Church of St Mary is located on North Road in St Helens, not far from the town centre.

On its website, Historic England said: “This church is a local landmark of cathedral-like proportions, designed by CB Powell and built between 1924-30 in Byzantine style, surmounted with dome on octagonal drum.

“It has an impressive, gabled west entrance, flying buttresses and complicated roof junctions and detailing. Repair work is needed to the roof and also the gutters and downpipes.”

St Helens is not only known for its coal-mining roots, glassmaking heritage and the rugby – but has over the years become synonymous with some incredibly tasty pies – and you haven’t experienced the area properly without trying one.

There are many iconic and historic recipes that are still loved by the town today, such as Burchall’s – the oldest surviving retailer in the town centre which is still serving up its much loved famous pork pies after 100 years.

This year, residents were also reunited with the “original tastes” of Pimbletts as a new owner plans to bring the iconic brand back to the high street.

The exhibitions of historic buses, cars, lorries and motorbikes will take older generations on a trip down memory lane and provide excitement for children as they witness transport history in all its glory.

This museum of north west road transport heritage is usually only open on Sundays and is perfect for a family day out.

First opened to the public in 1893, Taylor Park originally formed part of Eccleston Hall Estate and is the largest Victorian park in the borough.

It is ideal for scenic walks and is also a great place to take the kids thanks to its two playgrounds, café and picnic tables.

With a lakefront trail and athletic field, Taylor Park offers a chance to appreciate Mother Nature at her best, as visitors can venture to find a large dam, rock garden, quarry garden, woodland, a boathouse and more.

St Helens Theatre Royal was designed by celebrated theatre architect Frank Matcham and still has features of the building dating back to 1901.

For over two decades, mum and daughter Jane Joseph and daughter Chantelle Nolan, of Regal Entertainments, have successfully ran and invested in St Helens Theatre Royal, building up a strong reputation in the town.

The pair decided to continue with plans and buy the theatre in lockdown and previously told the ECHO that St Helens Theatre Royal is a “theatre for the people.”

St Helens boast many popular restaurants, bars an cafe’s in the town centre and across the borough that are loved by couples and families alike.

Whether it be new businesses emerging such as Scene at the Dean and 66 American Steakhouse to popular Momo’s café and long-standing family restaurant La Casa Vieja, there are plenty of option to choose from.

With picturesque lakeside trails and walks, Carr Mill Dam is the perfect place for anyone whose a fan of the great outdoors and is especially great for dog owners.

Located on the A571, the stunning area boasts the biggest inland body of water in the country.

A cafe and bar called The Boathouse at Carr Mill Dam can also be found by the lake side.

Originally called Langtree Park until 2017, the Totally Wicked Stadium is a rugby league stadium with a capacity of over 18,000.

It’s great for sports fans but, if rugby isn’t your thing, it has an endless list of facilities and this year became the site of Merseyside and Cheshire’s mass vaccination centre.

Whether you’re looking to support your local football team or socialise, there’s a space for everyone.

Like many other areas of Merseyside, St Helens has a number of popular markets that have been loved across the generations.

This includes St Mary’s Market, which has existed in its current form with its vast, impressive glass front for nearly two decades, after it merged with the nearby Tontine Market.

The ECHO also recently visited Earlestown Market which is over 700 years old.

It can make for a luxurious day out thanks to a choice of four grandstands and 33 private viewing suites, restaurants, bars and leading conference facilities and also hosts a number of events.

Ancient graves, in the Windleshaw Chantry and Cemetery have lain hidden for decades, until a group of friends set about tidying the grounds.

And there are many haunting tales and fascinating stories of those buried in the area which have recently been uncovered.

Frenchman Jean-Baptiste Francois Graux de la Bruyere, who is believed to have brought glass making to St Helens and was the first manager of the Ravenhead glassworks, is buried on the site.

First listed in 1966, the Sankey Viaduct over Sankey Brook is located on Bradley Lane and is the only structure of Grade I listed status in St Helens.

An 1830 railway viaduct by George Stephenson, it comprises of nine round-arches.

On its website, Historic England said it is of “international significance” due to being the “earliest major railway viaduct in the world.

Mum raves about her ‘fantastic’ week at Southport Pontins