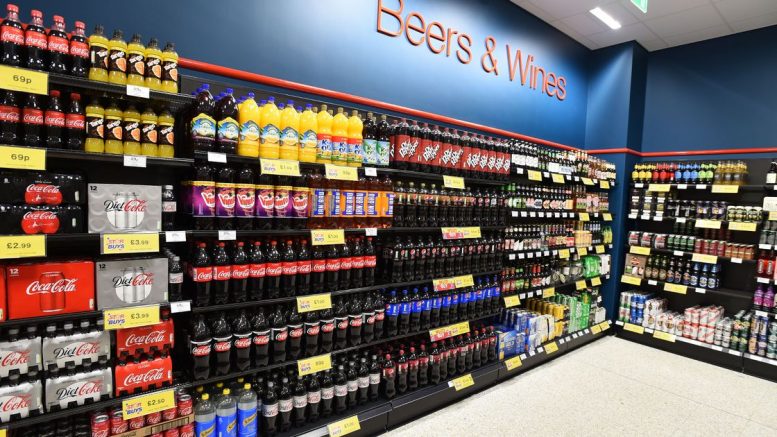 Home Bargains has left customers obsessed after sharing one of its newest releases, with some shoppers even planning on ‘stockpiling’ it.

Taking to its Facebook page, Home Bargains shared an image of its new Matti Cream Liqueur, leaving shoppers desperate to get their hands on it.

The drink, which is a strawberry flavoured cream liqueur mixed with tequila, is priced at £9.99.

Home Bargains’ post read: “Looking for a new drink to try? This Matti Cream Liqueur with a splash of Tequila comes in a delicious Strawberry flavour. Only £9.99 in stores now. Always Drink Responsibly.”

The new product has already proven a hit with customers, who were quick to comment beneath Home Bargains’ post on Facebook, sharing their excitement on getting their hands on the bottle.

In the comments, shoppers were tagging friends and family, asking them to pick up a bottle in store, while others compared the drink to Tequila Rose strawberry liqueur.

One shopper said the new drink “sounds lush”, while others said they would be trying it over the Christmas holidays.

Others were quick to point out that the drink sounds very similar to Tequila Rose, which is priced at around £12 at retailers such as Tesco and Sainsbury’s for a 500ml bottle.

Home Bargains’ new alternative comes in at £9.99 for a 700ml bottle, meaning there’s around a £2 saving and you’ll actually get more bang for your buck.

Comparing the two liqueurs, one shopper wrote: “Ooh cheap tequila rose possibly, how intriguing”, while another said: “is this a cheaper version of tequila rosé?! we must try this”.

Another added: “Looks just like tequila rose”, while another said they’d be “stockpiling” the bottle.

The Matti Strawberry Cream Liqueur is available for £9.99 from Home Bargains.

You can find your nearest store here.

Bride ‘upset’ with mate who missed wedding for drinking session