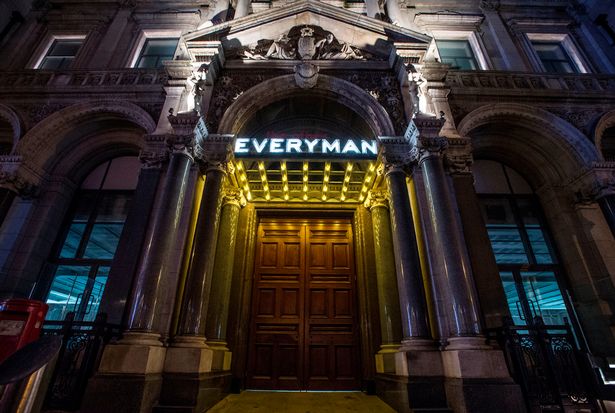 Liverpool is known across the world for being a vibrant, interesting city – which is why I chose to make it my home.

It’s also a fast-paced place which is no stranger to change, even in just 10 years.

I first moved here almost 12 years ago to go to university and I immediately fell in love so sticking around after graduation wasn’t up for debate.

In 2008, Liverpool was awarded the prestigious title of European Capital of Culture which saw an influx of tourists and an abundance of positive news stories coming out of the city.

Liverpool ONE had been newly redeveloped, the theatre scene was bursting with talent and intrigue, and the nightlife felt electrifying.

Since then, the positive changes have continued – despite a global pandemic – but such changes do mean the city looks and feels significantly different to the one I first encountered all those years ago.

Here are some of the biggest changes noticeable in 2021:

13. Lots of bars have closed their doors – but new ones have opened

Under normal circumstances, Liverpool is an incredible place to go for a night out – no matter what kind of night you fancy.

But sadly, some bars and clubs haven’t survived the last 10 years.

Music fans were devastated back in August when it was confirmed that The Zanibar was to close after 30 years in business. The Zanzibar Club opened in 1990 and was well known for championing grassroots music.

Hardman Street favourite Bumper also shut its doors while Medication’s former warehouse venue, which was a huge hit among students, was demolished to make way for new accommodation.

But it’s not all doom and gloom.

There’s still the (usually) busy, booming Concert Square with clubs and packed bars, or you could go to the wonderful Baltic Triangle area for quirkier offerings.

There’s also iconic, historic pubs like Ye Cracke and Peter Kavanagh’s to stop for a pint or two.

Bold Street is somewhere that is constantly adapting.

I still marvel at the ever changing face of the buzzing street as new cafés, restaurants and shops pop up regularly.

The range of cuisines on offer is pretty impressive too for just one street. Once restrictions are lifted, popping to Bold Street on a regular basis will feel like such a luxury.

The city centre landmark has been dismantled in recent months.

It is unclear whether the deconstruction of the wheel is temporary or permanent, with recent pictures showing the frame still standing but the individual pods lined up on the ground.

The Wheel of Liverpool has been a popular attraction during its decade long stay at the King’s Dock with many people, far and wide, creating cherished memories.

Many fond recollections include milestone birthdays, first dates and, of course, engagements.

The ride gave fantastic views of the River Mersey, the World Heritage Site at the Pier Head and on a clear day, the Welsh mountains.

In my opinion, you can never have too many cinemas and the Everyman is one of the best.

Based inside the Metquarter on its Victoria Street side, it is home to a bar and restaurant too.

It boasts swanky decor, a cool events space and instead of regular cinema chairs, visitors can watch the latest films on luxury, velvet upholstered sofas – once it reopens, of course.

9. A huge new Next store is coming

A huge new Next store is due to open in Liverpool city centre this spring.

In July of last year, Next confirmed to the ECHO that it was planning on closing its current Church Street store, which is located next to River Island.

The Church Street building is split over seven floors including the basement. The site was previously home to C&A.

Next’s new store will occupy the former Forever 21 site and the massive building, located on the corner of Church Street and Whitechapel, spans multiple floors.

8. The biggest Lush in the world

In 2019, Lush opened a new Liverpool store which is the biggest in the world.

After years based on Whitechapel, Lush is now homed inside the former Dorthy Perkins and Burton building on Church Street, and remains a hot spot for beauty fans.

Inside, there is a large spa, florist, a hair salon and even a perfume library.

7. No more Topshop or Debenhams

The ongoing crisis has seen the permanent closure of independent shops, restaurants and more, plus the loss of high-street heavyweights including Topshop and Debenhams which are set to close after going into administration.

While it’s sad to see the loss of such famous and well-established retailers, there’s still plenty to look forward to, with lots of new stores scheduled to open in Liverpool once restrictions are lifted, including a flagship Flannels store due to open this Autumn.

Just as some stores sadly closed their doors for good, new ones opened theirs.

Liverpool ONE has welcomed a range of new stores including MAC, Vincentious, Castore, Sky and more.

In the Metquarter, a new food hall is also set to open to the public in late spring 2021.

It is to be located on the Victoria Street entrance of the centre adjoining Everyman, providing a huge boost for the local area with the creation of 132 jobs in the city.

The event has been running since 2013 – but not always in Liverpool. It was previously held at Cofton Park in Birmingham.

In February 2016, the organisers announced the move to Liverpool on Capital FM.

Acts which have played the festival include Circa Waves, Jake Bugg, Liverpool’s own Echo and the Bunnymen, Franz Ferdinand, Dizzee Rascal, Little Mix, Rudimental, Clean Bandit and many more.

The historic boulevard at Princes Avenue in Toxteth has undergone a dramatic transformation.

The project, overseen by Liverpool city council and part of a £4m redevelopment scheme, included the creation of a cycle lane through the centre of the Toxteth boulevard, and falls along a main route from the city into south Liverpool.

Princes Boulevard, however, is much more than a through route – it offers insight into the history of Toxteth and the rest of the city.

As part of the redevelopment, L8’s remarkable heritage has been recognised in a series of installations along the boulevard, creating a unique journey through the area’s past.

The new look boulevard includes public art and installations designed through community consultation and referencing key aspects of L8’s rich heritage from the many clubs which used to be in the area to its myriad religious buildings, and the legacy of Liverpool’s role as a major port city.

Baltic Market launched in 2017 and proved a hit among food lovers.

The former Cains Brewery site has attracted thousands of people through its doors for drinks, food and farmers markets.

2. The city has staged so many events

Liverpool isn’t short of major events – when there isn’t a global pandemic ongoing, of course.

In the last 10 years, Comic Con has become an annual feature, usually taking place in March, which attracts many stars. There’s also regular festivals including LIMF, Africa Oye and more.

As the birthplace of The Beatles, Liverpool pulls in major musicians like Elton John, Stormzy and The Who, who perform huge concerts under normal circumstances.

1. You can now get a Liver Bird view of the city

One of the crowing jewels in Liverpool’s waterfront crown, the Royal Liver Building is simply iconic.

The experience was the first time in the Liver Building’s history that the top floors were open to the public for tours.

16 Christmas events in Liverpool you can still buy tickets for

Aldi’s heated clothes airer is back in stores this weekend